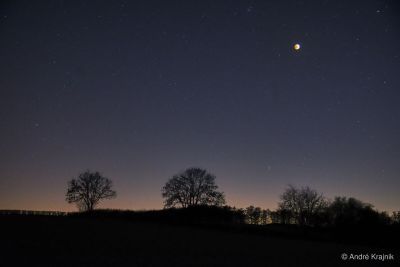 On Monday early morning last week sun, earth and moon were lined up again. While crossing the shadow of earth the should vanish from the sky for some time. But, instead of vanishing you can see a descending moon during the time, when the moon is immersing in the shadow. Later, you can observe an ascending moon, while the moon is living the earth shadow. When the moon is completely in the shadow, you could guess, you were unable to see it. But, instead of seeing a moonless sky a full-moon, you can see a low-red glowing moon in the sky, where shortly before the full-moon was visible. In 2015 I took images of the pages and composed them into a single overview image. You can see it here in my blog, too. The long-wave red lights are able to surround the planet earth and touch the moon in the shadow of earth and illuminate it with this low red light. A wonderful experience, despite -8°C and getting up at 4:30 a.m.

This time, I didn’t take photos all night. Instead, I checked a location in advance for a single shot: blood-moon over the nightly landscape.

This was my 4th try for photographing a blood-moon. and I’m satisfied with the result. The first try was many years ago with very bad results. the camera was simply too bad for such a job. The second try was in 2015, as you can see here. The third try was in summer 2018, but there was a huge cloud field in front of the moon. So, I missed it. The next opportunity for middle Europe seems to be Dec.20th, 2029. I guess, we won’t see it here because of bad weather.

It’s winter, here, you know. Snow is usually part of the winter. In the past, I noted several times, snow isn’t that common in winter in my region anymore. During my childhood, the temperatures were below 0°C from November until End of March. Snow was on the ground for building snowmen, go sledging or having snowball-fights. Lakes and ponds had frozen surfaces to go ice-skating all winter.

Over the years, the start of winter got postponed. Less snow from year to year. Nowadays a thin snowy blanket is a rare event. Nearly no-one knows how to drive under these circumstances. Traffic-jams are the result and a number of car accents.

Nowadays even the freezing days are rare. Ice-skating on a pond or a lake? Don’t think about it. Even when there is an ice surface, this layer is too thin for step upon it. Nowadays, most time of the winter the temperatures are between 5°C and 15°C instead of below 0°C.

Back in 2016 I was traveling in Northern Norway. This image was taken on our first morning on the Lofoten Islands near Reine shortly after sunrise. Here we had our first base on our hunt for Aurora Borealis. 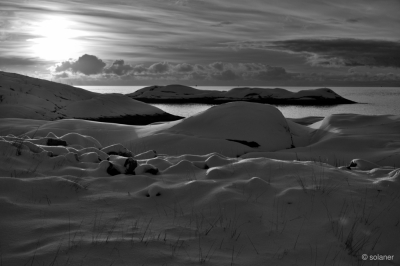 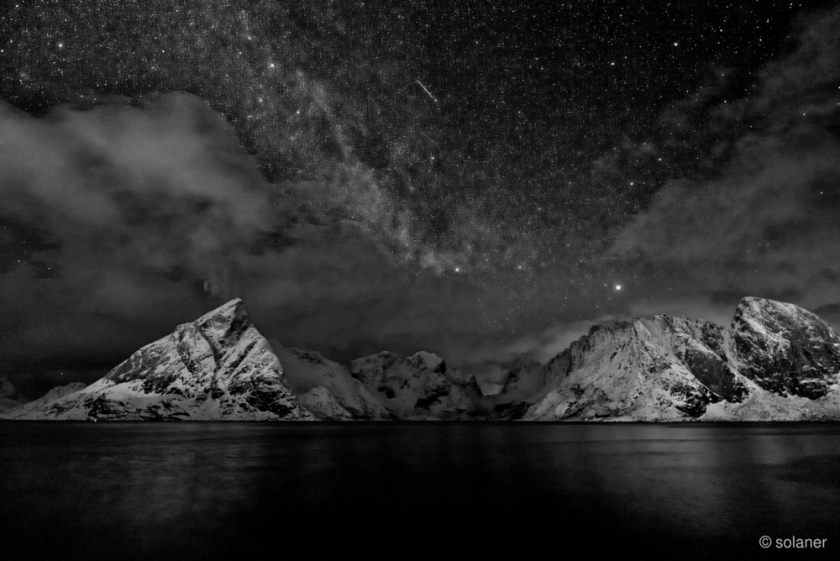 This is a part of the south beach of the small neighbor island of Helgoland, Düne, taken during my first trip to Helgoland, back in January 2011.

I already said on Monday, I’m not there this year. My friends planed to take the ferry on Monday morning from Cuxhaven. Again, it was a vague chance of not getting over to Helgoland because of heavy wind and rough sea (similar to last year). Last week they stopped the ferry for 2 days because of the bad weather. Unfortunately, the weather was still bad on Monday morning, even worse than last year. So, no ferry on Monday 😦

If you’re interested in visiting Helgoland during winter, you can drop me a note.

Shortly before sunrise you can find amazing light for photography. It’s the magical hour. Every single minute is worth the pain of leaving the bed early. 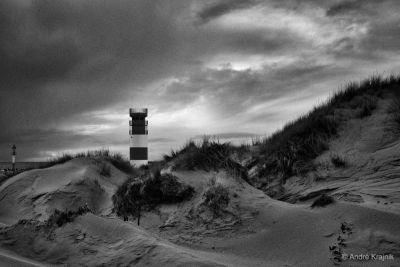 Today, some friends of mine went for the annual trip to Heligoland. For some reasons, I’m unable to be there, too. So, this image is a memorial to our trip last year!

You might have noticed this image in my top of 2018 collection last week. I really recommend clicking in the image to resize it.

In November 2018 I was observing these to buzzards. One of them came and sat down on the branch, facing me in my hide. A few minutes later, the second buzzard cam from my back and attacked the first arrival. After a short fight, the first arrival fled and landed in only a short distance behind the branch and stayed. Both buzzards stayed in that positions for several minutes (10-15): the second buzzard on the branch and the first buzzard on the left behind the branch.

Probably, on of you is able to explain that situation to me. I assume, the second one is one of the parents of the first one and still trying to get rid of the kid. Or is it a couple? I can’t decide them. I even can’t decide, which of them is male and which a female. Buzzard look so similar. The only fact is, males are about 1/3 smaller than the females.

During the last months I presented many different aspects from the German North Sea cost. So, I guess, it’s time for a change and I take you on a trip to the Isle of Skye. The island is part of the inner Hebrides and is located in the Irish Sea, near the west cost of Scotland. Last year I already published a short review post. 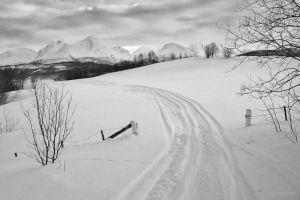 Today, I’m showing you my personal highlights from the last year in no particular order.

What happened during the past 12 months related to photography? 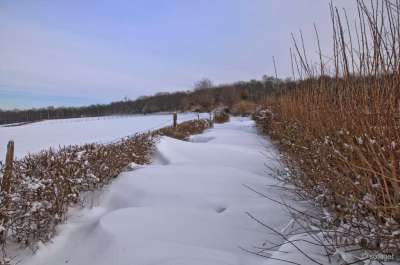 A new year is just like freshly fallen snow or an empty sheet of paper. It’s waiting for us to leave some marks on it. Make sure, not to botch it.