It’s always nice to look at epic landscapes. But, to really understand the dimensions, you need something that you already know. In this case, the tiny human doesn’t disturb the scene, instead, it gives scale and you can see how big everything is.

This week, it’s Tina’s turn at Lens-Artists photo challenge and she challenges us with “Distance“.

When it comes to distance, I first think about being far away i.e. in one of my dream locations.

Today, this image turns 10. You can see how red the sky is. That’s a result of the series of eruptions of the volcano Eyjafjallajökull in southern Iceland, which started on March 20th. The huge amount of volcanic ashed blasted in the sky during the eruptions forced the aviation to pause for a couple of weeks. The impact was worldwide in the northern hemisphere because of the enormous power of the eruption which brought the ashes to the upper layers of the atmosphere where it could be spread quickly by the jetstreams.

while prop airliners are quite resistant to these ashes, jet engines are at risk to get broken because of the ashes might melt inside the jet engine and dispose of the movable parts of the engine and glaze them over. When this happens the engine is broken and the plane is about to crash.

Btw. when looking at certain paintings by William Turner starting from around 1821 you can notice a very reddish sky. Now it seems, this wasn’t artificial freedom but reality affected by the series of eruptions of Eyjafjallajökull from 1821-1823.

Let’s stay a bit longer at the Fairy pools. Do you remember the big rock in the water? We had quite bad weather when we were there. After each image, the front lens needed to be dried and cleaned because of the rain. Another side effect of the rain was, there was a lot of water in the river.

Is it fair, to show blossoms in monochrome now when they finally start blooming and end the winter? Last week, we had two wonderful sunny and quite warm days (approx. 14-15°C). Birds are singing everywhere. It’s their mating season and they try to attract a partner. The buds are growing on the trees and bushes, ready to break up soon to give free the leaves and the petals. Just like the blossom of the star magnolia in the image above. In my opinion, the image works well in monochrome because of the naturally white petals and the backlit situation in the scene. What do you think? I’m looking forward to your opinion. Just type it in the comment box below.

Isn’t this a quite funny headline? You know, I’m a photographer. As a photographer, I show you the world the way it is and how I see it. To bring my images to your vision, I need to develop them. For developing the raw data recorded by my camera, I need some software known as raw developer. It’s just like in the old days where the photographer took the exposed film out of his camera and put it in some chemicals to magically get colorful images out of a grey stripe of plastic.

In 1988, the first version of Photoshop was introduced. This was initially an image manipulation program and became later quite popular not only for advertisers but also for photographers. I personally don’t need these functions for my images. Beside working on deeps and highlights, vibrance, cropping, and sharpening I do nothing to my images. Thus, I only need a raw developer and nothing else.

One raw developer I work with is Luminar by Skylum. This product appeared first in 2016 for MacOS only. Now, it’s available for Windows also. When Syklum started integrating artificial intelligence for some reason, these features became more and more powerful and made life easier for people photographers as well as for landscape photographers.

The current version, Luminar 4, replaces all previous versions of Luminar, including Luminar Flex. So, saving edits as editable separate files isn’t possible anymore and I suspect, this won’t come back anymore. Even the option, to export an edit as a PSD file for Photoshop only saves it as a flattened file.

This past week, a new version of Luminar was released: Luminar 4.2

Although, this is a new minor version, the changes are remarkable! This version brings new tools to your hands. These tools are powered by artificial intelligence to enhance your images in a very natural way. I guess, most of the skills were taken over from Photolemur, a company Skylum took over after 2018. With Luminar 3 AI skills were introduced for the first time and enhanced with Luminar 4. Now, Luminar steps up quite further and brings some additional creative tools to your hand. To show you a bit about what’s possible, I attached one of my Images.

Here we are in Tromsø, standing at the edge of the harbor and looking over the fjord to the part of the city located on the other side of the fjord with the famous Arctic Cathedral. I included the clouds from an image taken about an hour earlier from the same place looking in the same direction while waiting for the blue hour. The other two objects (aurora and planet) are taken from the standard library supplied by Skylum with the installation package.

Despite, I don’t like these make-offs, it demonstrates what’s possible and how realistic it looks like. I have to admit, the software does a great job. Although, I focused here on the tools for landscape photographers,  I also encourage people photographers to have a look at Luminar 4.2, as it also includes some great AI-supported tools for them (AI Skin & Portrait enhancer and shine removal)

To test it on your own with your own images, there’s a test version available to download for free to check all features out. It’s available for Windows and for MacOS. A license is good for two computers.

When using the code “SOLANER” during checkout, you can save a few bucks.

This week, it’s Amy’s turn at Lens-Artists photo challenge and she challenges us with “a river runs through it“.

this image is from 2010 when I was visiting Praha and the river Vltava. 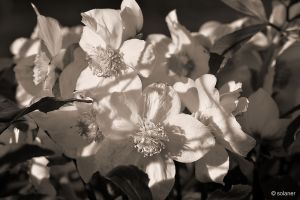 You know, in the past I told you a bit about these nice plants. They are known as Christmas rose, because of their blooming time which starts in about mid-December.

This year, they were blooming the whole winter, and still do. But, in the meantime you can see, they had to pay their tribute to the winter. The blossoms don’t look that nice anymore. There are holes in the pedals and they look dirty and ugly in some parts. That’s why I picked this image from my archive.

This morning (while preparing this post for scheduling) I read an article in a news magazine summing up this past winter. The author wrote, the average temperature in Germany was +3.5°C. A winter without winterly weather. During winter 2006/2007 we even had +4.4°C on average in Germany. In Wikipedia, you can find some statistical data on the average temperature during winter even…

This monument is called tiger and turtle. I took this image 8 years ago at a mild March night. In the past, I showed you some images of that series. You can find them here. The structure is a walk-through-rollercoaster. It looks so great, especially at night. 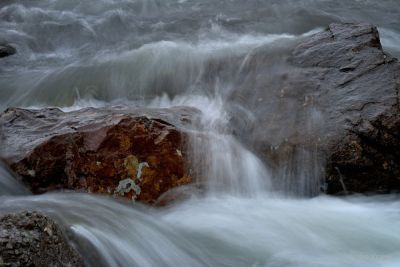 Let’s stay a bit longer at the Fairy pools. We had quite bad weather when we were there. After each image, the front lens needed to be dried and cleaned because of the rain. Another side effect of the rain was, there was a lot of water in the river.

This is another image taken during my winter trip to northern Norway in February/March 2016. I’m standing at the ferry port of Olderdalen and looking over to the other side of the Lyngefjord. You can see a tiny boat on the fjord in some distance. It’s a very big ferry. Even a couple of lorries are fitting in the ferry beside passenger cars. The distance to the mountain range is approximately 9 km. So, it gives you kind of a scale.

This week, it’s Leya’s turn at Lens-Artists photo challenge and she asks for “Chaos“.

This theme is not that easy. 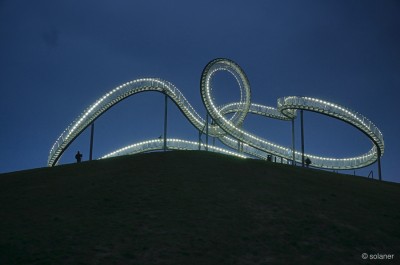 This monument is called tiger and turtle. I took this image 8 years ago at a mild March night. In the past, I showed you some images of that series. You can find them here. The structure is a walk-through-rollercoaster. It looks so great, especially at night.

Let’s stay a bit longer at the Fairy pools. We had quite bad weather when we were there. After each image, the front lens needed to be dried and cleaned because of the rain. Another side effect of the rain was, there was a lot of water in the river. 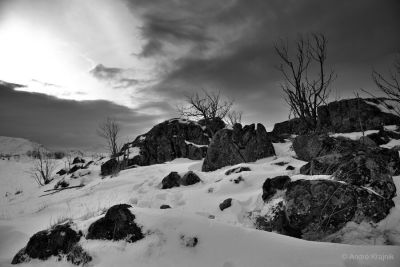 This week, we have another guest host for Lens-Artists Photo Challenge. It’s Miriam from “The showers of Blessings”. She asks for reflections and she gets some: 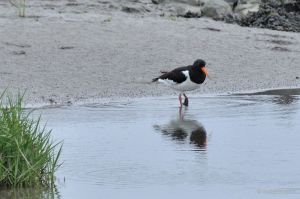 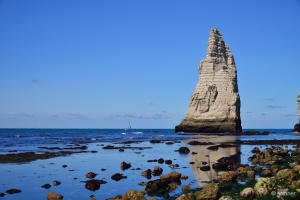 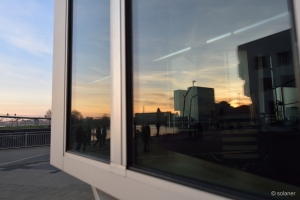 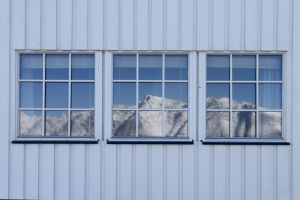 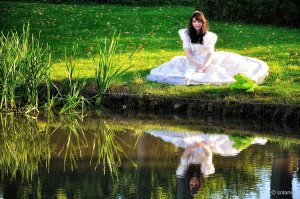 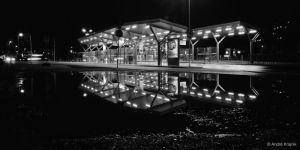 There are some advantages and many disadvantages. First, plants and animals have more time for growing their descendants (fruits and offsprings). But, vermins also have more time. And, while it is still possible to get some frosty nights ’till April/May, sprouts can grow anew, while blossoms and fruit sets usually can’t be replaced when perished by cold.