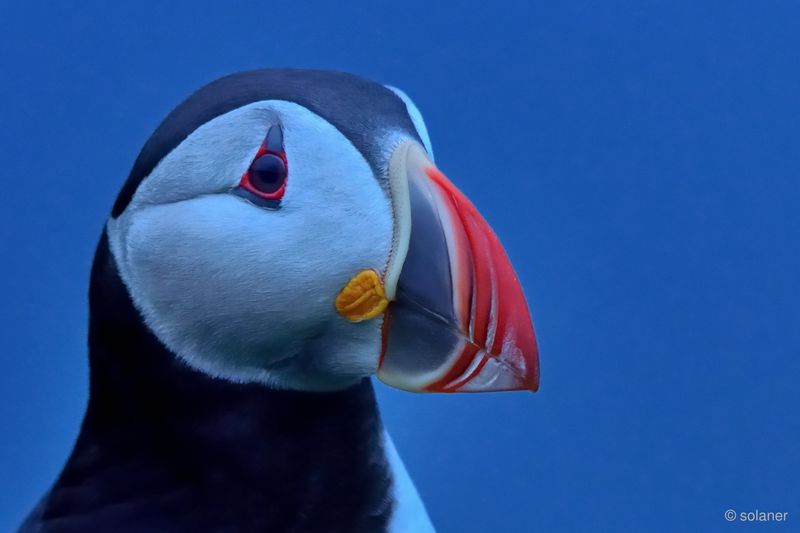 Since I visited Iceland for the first time, I’m following the Icelandic news. Fortunately, there are a couple of sources in English as I don’t understand Icelandic. I tried learning it (there was a starter class created by the Icelandic university), but I dropped out because it was too hard for me. I know a couple of pronunciation rules, but distinguishing the spoken words was nearly impossible for me. But, thankfully there are some trustworthy sources in English available.

Iceland has, besides Greenland, the biggest breeding colonies of puffins. These pretty guys only come to land for breeding. Over the years, the Icelandic government noticed an enormous decrease in puffins in the south (around Vik í Myrdal). When I was there last year again, I only saw a few single birds, instead of the huge number I’ve seen in 2014. In 2014, there were thousands of birds in the air and resting on the sea. At night the rocks were covered by them. In 2020, there were not many birds left. They depend on sand eels and the warmer the water becomes, the fewer sand eels are there. Other sea birds like gulls and Northern fulmars have more options. So, they are not affected. In addition, especially in the south and on the Westman Islands hunting for puffins is still allowed, but the hunters should register their prey.

In 2020 only 13% of the registered hunters registered their prey: 23,000 puffins were cought. It is not clear if the other 87% of the registered hunters waived their right to hunt puffins or if they simply ‘forgot’ to register. Nevertheless, in 2020 the Icelandic government noticed a big decrease in breeding couples in the two main colonies: Westman Islands + Eastfjords. Although the government set up artificial breeding caves to help the birds, 38% of these caves kept unoccupied. In a past blog post, I already explained the breeding habit of puffins.

“the puffin population has decreased by 45% over the last 17 years in Iceland. Low reproduction and food shortages have led to declining in puffin stock.” (source: grapevie.is)

Good news, this year the hunting season is at least shortened from 46 days to only 10.

This image shows another problem. In fall (mid-August) a newborn puffin starts to live his own life alone on the sea. At the age of 3, they came back and the males start digging a cave between the grass and the rock below. The cave becomes approximately 1 meter (3 feet) deep and gets 2 chambers at the end: a breeding room and a toilet. This lasts approximately 6 years (summers = End-of-May to mid-August). When a male has finished the cave, he can start finding a female.

When the Icelandic government sees a high frequented place bearing some dangers, they set up these iron poles and span a line approximately 20 cm above the ground. Here, we have 2 lines and the upper one is at approximately 50 cm. So, you can be pretty sure, it’s very dangerous coming closer to the edge. The edge is very often not solid and seabirds are breeding there. I saw this unfortunately quite often. Even some people were climbing down the rock for getting better photos with their smartphones!!!!! Unbelievable! In the east-fjords, they even set up a wooden fence of approximately 1,2m (4 feet) high, and some people climbed over it.

When putting some weight on this, you might break in, stumble and/or fall down the cliff (in the image above, the cliff is about 400m high (1,300 feet). You endanger the birds when breaking into their caves. Even when not killing the breeding parent or the nestling, a hole in the roof could be used by foxes or gulls to steal the nestling.

2 thoughts on “Throwback Thursday: what happens to the puffins?”