This week, we have another hard challenge for me. Ann-Christine asks for “feet & shoes”, something I photograph only in extremely rare situations.

In the 1970s a young man from South Africa came to Germany to become a professional singer. Despite, German wasn’t his native language he sang in German, but with a very strong and easy-to-recognize accent. He performed Schlager, a specific genre of current music. I can’t describe it in my own words in English, so I looked it up in Wikipedia:

Schlager music (German: [ˈʃlaːɡɐ], “hit(s)”) is a style of European popular music that is generally a catchy instrumental accompaniment to vocal pieces of pop music with simple, happy-go-lucky, and often sentimental lyrics. It is prevalent in Central, Northern and Southeast Europe (in particular Germany, Austria, Albania, Bulgaria, Finland, Slovakia, Slovenia, Serbia, Croatia, Poland, Hungary, Romania, Switzerland, Scandinavia, and the Baltic states), and also (to a lesser extent) in France, Belgium, and the Netherlands. In the United States it is also known as ‘entertainer music’ or ‘German hit mix’.

Typical Schlager tracks are either sweet, sentimental ballads with a simple, catchy melody or light pop tunes. Lyrics typically center on love, relationships, and feelings. The northern variant of Schlager (notably in Finland) has taken elements from Nordic and Slavic folk songs, with lyrics tending towards melancholic and elegiac themes. Musically, Schlager bears similarities to styles such as easy listening.

The German word Schlager is also a loanword in some other languages (such as Hungarian, Lithuanian, Serbian, Russian,[3] Hebrew, and Romanian, for example), where it retained its meaning of a “(musical) hit”. The style has been frequently represented at the Eurovision Song Contest and has been popular since the contest began in 1956, although it is gradually being replaced by other pop music styles.

Over time, Schlager music has gradually shifted on to electronic music rather than generic pop music, due to its widespread use of synthesizers throughout its various implementations in recent decades.

He became quite successful and still performs on stage. One of his most popular songs was in 1975 “Deine Spuren im Sand”.

Ths refrain of this song is: 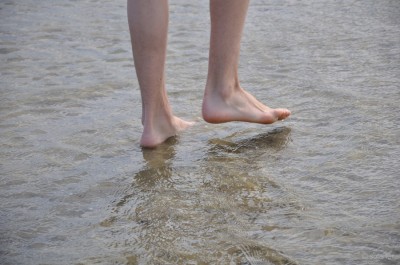 But, you an also have light-tracks. They can also vanish that easy. 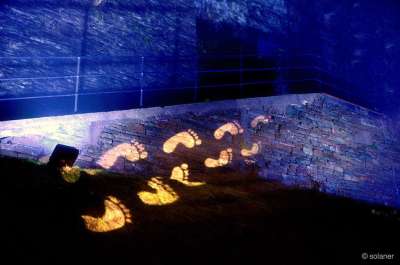 Here I have an example of shoes, which can also vansih very easy. “Sweet dreams are made of shoes”, or was what did Annie Lennox sang?

In case, you’re interested in giving Excire Foto a try, there’s a free trial available for download. When you’re willing to buy a copy, you can use EXCIREFIRE20 at checkout to save 20%.