Initially, this plant belonged to the colder parts along the Atlantic coasts of Europe. But, it spread out enoumeusloy by men. When british settlers dicovered the world, they took seeds of this plant with them. It’s spreading very easily and it’s hated by many people because it supplants local plants. So it’s called a neophyt, a  invasive species.

But, I have to admid, it’s a very nice plant when blooming 🙂 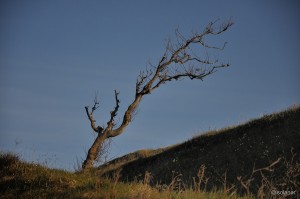